Why is My Dog Not Eating? The Top 6 Reasons 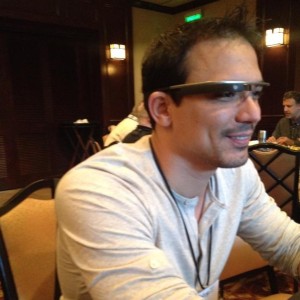 Is your dog not eating? If you’ve ever had a dog who won’t eat the food you give them, you’ll know how frustrating this can be. Since they can’t put into words why they’re not eating, it’s natural for pet owners to feel frustrated and worried. There will be so many things going through their head.

Maybe their dog isn’t eating because they’re sick, maybe it’s one of the signs that your dog’s health deteriorating. Maybe they’re just a fussy eater!

In this article, we’ll be going over some of the most common reasons dog won’t eat. Hopefully, after reading it, you’ll know the answer to the question Why is my dog not eating?

Is Your Dog Not Eating? Loss of Appetite in Dogs

Most dogs love eating. In fact, they’ll eat anything they can get their paws on. Whether it’s dry kibble, wet food, dog treats, or human food, it’s not easy to find a dog who is a picky eater. But sometimes, a dog will go through a lack of appetite, worrying their owners.

There are many explanations as to why your puppy isn’t eating. But eating small amounts or refusing to eat altogether isn’t always a sign of a deadly condition.

In any way, you should be attentive to any changes in your dog’s diet. If they’re not eating as much as they used to, you should call your vet and ask for their opinion. In doing so, you could be preventing your doggo from becoming even sicker.

There Are Many Reasons Why A Dog Won’t Eat

Is your dog not eating? Well, there are a lot of reasons why dogs won’t eat. They range from not severe to concerning, depending on how severe their lack of appetite is.

If you’re just moved with your puppy, it’s not uncommon for them to skip one or two meals. They aren’t used to their new home and may feel stressed about the change.

This is especially true if you drove your dog to the new home. Some dogs get motion sickness, which affects their appetite for some hours. Recently adopted dogs may also go through this appetite problem. They’ve left their shelter or previous home to start their life in a new one.

Another reason could be that you’re feeding your pup during inopportune times. If you’re placing their bowl on an aggressive dog’s territory, your pup might be too anxious to eat. To prevent this, make sure you leave the dog food in designated places. Each dog should have their own little space to enjoy a fulfilling meal.

If you’ve just taken your puppy to the vet to get vaccinated, this could be why they’re not eating. Vaccines save thousands of puppies each year, but they can have negative side effects on some dogs. One of the less severe ones is a lack of appetite. It usually goes away some hours after the vaccine, but it’s not uncommon for the dog to skip a meal or two.

Dog not eating? Did you know one of the more common explanations is a dental disease. If your dog’s mouth has a problem — it could be a rotten tooth, a cut, or even infected gums, eating would cause pain. You should get them checked out at the vet. Otherwise, it’s quite possible that your puppy will stay away even from canned food until their problem is solved.

Dogs are just as curious as cats and will try to eat everything that’s put in front of them. Sometimes, this means eating socks, underwear, wood, or even bugs! This will upset their stomach and their intestines, causing pain and discomfort. They won’t want to eat until whatever they ate that was bad has passed through their system.

If you see your puppy vomit or diarrhea, it could be a sign that they’re coming down with a gastrointestinal illness.

Blockage or Other Illnesses

A dog not eating could be a sign of other underlying causes too. Sometimes, a dog may ingest a foreign object such as a sock that is blocking their digestive tract. A dog will often stop eating if this is the case.

Other causes of loss of appetite in dogs include illnesses such as kidney failure, cancer, liver disease, or even infections. If they’re sick, refusing to eat is one of the telltale signs of their discomfort. This is especially true of older dogs. If they continue to not eat for long periods of time, it could be very dangerous for your pet. Going to a veterinarian is recommended.

My Dog Won’t Eat! Should I Take them to the Vet?

A dog not eating for quite a while, then it could be a sign that something is particularly wrong. If you see your pupper skipping more than two meals, definitely take them to the veterinarian.

Since dogs don’t diet like we humans do, dogs don’t stop eating because they want to lose weight. It’s almost always a sign that something is wrong. If you haven’t changed up their food and turned it into a bland diet, it might be best to take them to the vet.

If you were always given bland, tasteless food your whole life, you’d probably eventually lost interest in it too!

The same thing happens with dogs!

So what’s a pet parent to do?

If your dog is used to eating dry food, buy them some wet, canned food for a change. Many dogs will see this as a treat and will be curious enough to start eating. Just make sure you offer the food in small portions as to not overwhelm your pup. You might even try rolling up the food into small meatballs.

If they don’t like the flavor, try a new brand. It may seem tiring and frustrating, but once you find what your dog likes, you can stick to it.

Another great option is to offer your dog boiled chicken breast and white rice, or white rice mixed with chicken broth. Again, you can also ball up the rice into meatballs for an appetizing treat.

You’ll also find various appetite stimulants at retailers like Amazon, PetSmart, and Petco. These may come in the form of a paste that you can squeeze into your dog’s mouth to help him get some nutrients or as a gravy that’s meant to top his usual food.

Finally, when all else fails, try offering your dog Pedialyte – either added to his water bowl or frozen into ice cubes that you can crush and set gently on his tongue. This will help your pup maintain his electrolyte levels so that he doesn’t dehydrate.

If your dog skips too many meals and starts to become lethargic or weak, take them to the vet immediately. It’s possible they may have a blockage in their digestive tract from eating a foreign object, or they may be dealing with a serious issue. Your veterinarian will be able to get to the bottom of it and hopefully have your pup feeling better in no time.

A Guide to Probiotics for Dogs with Diarrhea

Your Guide to Probiotics for Cats Side Effects

Probiotics For Cats With Pancreatitis: A Guide

Your Guide on Probiotics For Dogs With Cancer