What Can I Give My Dog For Pain Relief?

One of the most common questions that veterinarians are asked is, “What can I give my dog for pain?”

When your dog is in pain, it can be heartbreaking. No one likes to see their four-legged friend in any kind of distress. Worse still, dogs are notorious for hiding pain. Meaning that by the time a loving pet parent is finally able to detect their pup’s discomfort, their canine friend is probably already hurting pretty badly.

In the age of the internet, it’s easy to turn to Google for answers. After all, a quick Google search on pain relief for dogs will come up with all sorts of pain medications claiming to offer your pup instant relief. Or you may find recommendations pointing you in the direction of your medicine cabinet, where you might be able to find something to give your dog to ease their pain.

However, if there’s one thing that’s important to remember when it comes to pain relief for dogs, it’s this: not every pain remedy for pups that you find online is effective, let alone safe. In fact, some of these “cures” offering relief can be extremely dangerous.

So before you start rummaging through your medicine cabinet for over the counter options and anti inflammatory drugs that were developed for human pain, let’s take a deeper look into how to tell whether or not your dog actually is in pain, what medication to avoid giving your dog for relief, and what the best holistic options are when it comes to getting your canine companion back on their paws!

How To Tell If A Dog Is In Pain 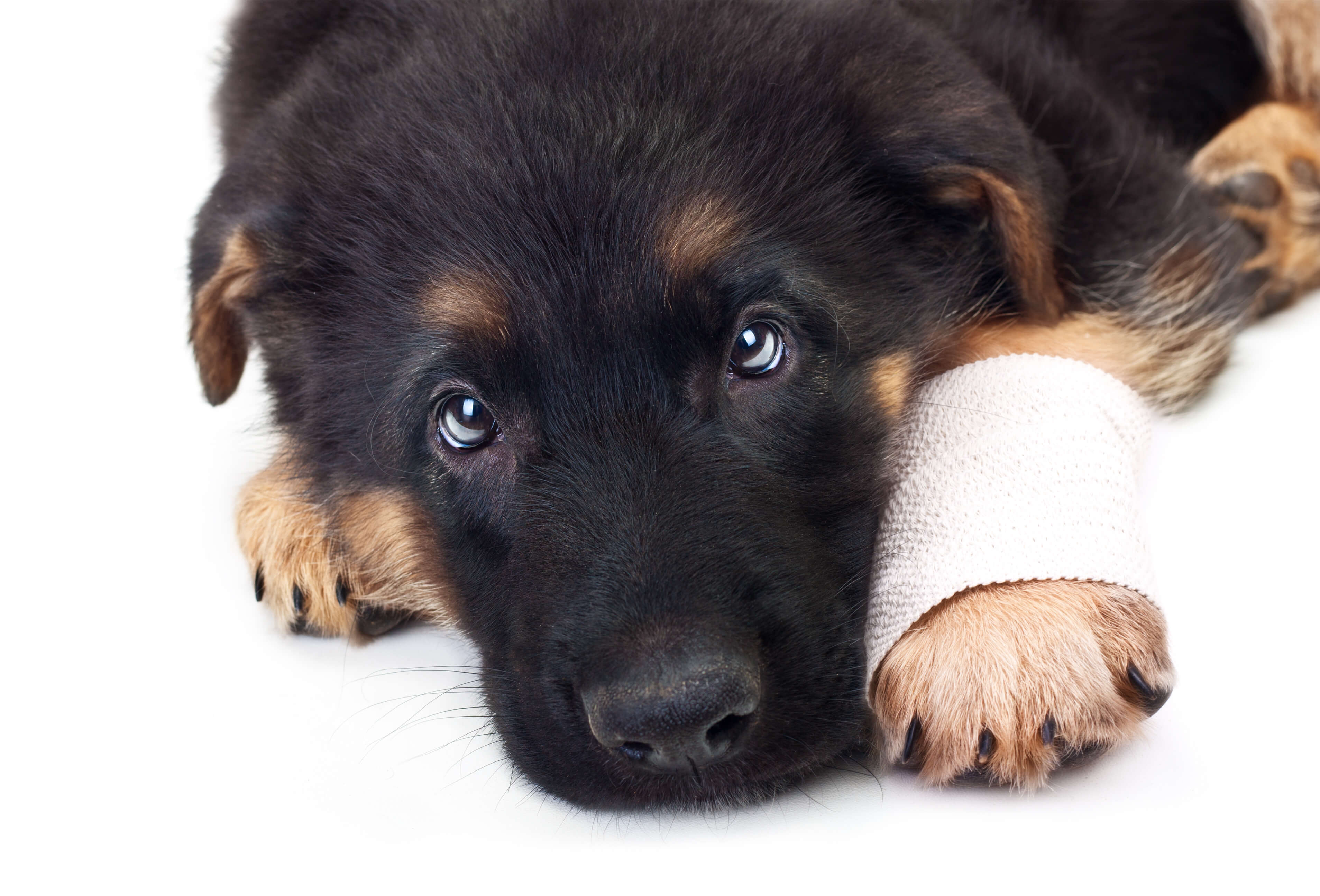 We already briefly touched upon a dog’s canny ability to hide their pain. But why do they do this to begin with?

Simply put, it’s instinctual for them and goes back to the pack lifestyle of their ancestors. In the wild, it’s dangerous for an animal to show signs of weakness, as it leaves them vulnerable to attack. For instance, to protect themselves and their social rank within a pack, wolves will often hide pain as a means of survival in the wild.

Even though they’ve traded in the forests for our living room couches, dogs have still inherited this instinct from their wolf forebearers. As a result, it’s not uncommon for dogs to hide pain from their pet parents for as long as possible.

In fact, by the time a dog begins showing noticeable signs of pain, whatever condition they’re suffering from may be relatively progressed. For this reason, it’s absolutely essential that you act right away the moment your dog shows any amount of distress, no matter how small. A trip to the veterinarian may very well be called for to assess what’s wrong and to develop the appropriate care plan in addressing your dog’s pain.

That said, it’s important for pet owners to be able to recognize when their dog is in pain. The good news is that you don’t have to be a mind-reader to detect distress in your pup.

Here are the tell-tale signs that your dog is likely in pain:

In this article, we go more into depth for each of the above warning signs so that concerned pet parents know exactly what to look for in their dog’s behavior and when it may be time to see a veterinarian.

The following over the counter (OTC) human medications are DEFINITE NO-NO’s for dogs.

These medications, including anti inflammatory drugs and others, were developed to address human pain specifically and are therefore unsafe to give your dog.

Instead of easing pain for your pup, they can potentially do a lot more harm than good.

NEVER give your dog:

Though these drugs are commonly recommended as OTC pain relievers for people, they are dangerous for animal consumption and should never be administered to a dog under any circumstance whatsoever.

Naproxen is an NSAID that is found in common medications such as Aleve, and is one of the most commonly purchased human OTC medications for pain relief.

However, it bears repeating that human NSAIDs like naproxen are not safe for dogs. In fact, NSAIDs like Aleve are incredibly toxic for dogs and should never be given to dogs to help with pain.

Instead of fighting your pup’s fever, human NSAIDs can cause a slew of additional health issues that can prove dangerous, so avoiding NSAIDs altogether is your best option when it comes to your dog.

Aspirin and baby aspirin are two human medications that typically come to mind first when the “what can I give my dog for pain?” question arises. In fact, terms like ‘aspirin for dog’ and ‘aspirin dogs’ receive hundreds of queries every month on popular search engines.

It’s possible that your veterinarian may prescribe aspirin or baby aspirin for short-term pain relief from minor injuries or conditions.

Additionally, aspirin and baby aspirin should always be given with food.

That said, beware that aspirin, even baby aspirin, should never be given long-term for any issue that your dog is dealing with, including chronic pain. Aspirin poses a high risk of internal bleeding and kidney damage.

Ibuprofen is another NSAID that is typically harmless for human consumption but that poses risks when it comes to pain relief for dogs.

This NSAID is used to treat a wide range of ailments in people, including fever, arthritis pain, and inflammation.

However, pet owners should never give their dog ibuprofen for pain management, as it can cause many serious health problems, including stomach ulceration (which can lead to a fatal stomach rupture), kidney failure, seizures, and coma.

You can see how critical it is for dog owners to recognize that a medication that is safe for humans can still have devastating consequences for their pups.

As we previously mentioned , Aleve should be avoided when treating pain in dogs.

Aleve is an NSAID that can cause unwanted side effects for your already distressed pup.

This is because the medications on the market today for OTC pain relief, such as inflammatory drugs, were developed specifically with the human body in mind. Though safe for people, they’re simply not compatible with a dog’s biological makeup and can result in severe consequences.

Potential Side Effects of NSAIDs

If your dog accidentally ingests NSAIDs for human consumption, the side effects can be severe, regardless of the dosage.

Some potential side effects of dogs ingesting human NSAIDs include:

As you can see, human NSAIDs should never be given to dogs for the purpose of pain management. The risks are simply too great, considering the potential side effects.

Can I Give My Dog Tylenol?

In high doses, Tylenol (a brand name of acetaminophen) has the potential of causing irreversible damage to the liver, kidneys, and tissues throughout a dog’s body.

Again, even though OTC medications are generally regarded as safe for humans, they can be fatal for dogs.

Furthermore, cats are even more sensitive to the dangers of Tylenol. In fact, tragically, even one regular strength Tylenol tablet can lead to sudden death in cats.

Is Tylenol an NSAID?

So does that mean Tylenol is an NSAID?

The answer is no. This is because it doesn’t relieve inflammation the way an NSAID does. Instead, It’s considered a non-aspirin pain reliever.

Even still, it’s just as dangerous as an NSAID when it comes to your pup and should never be given to your dog for easing pain of any kind. 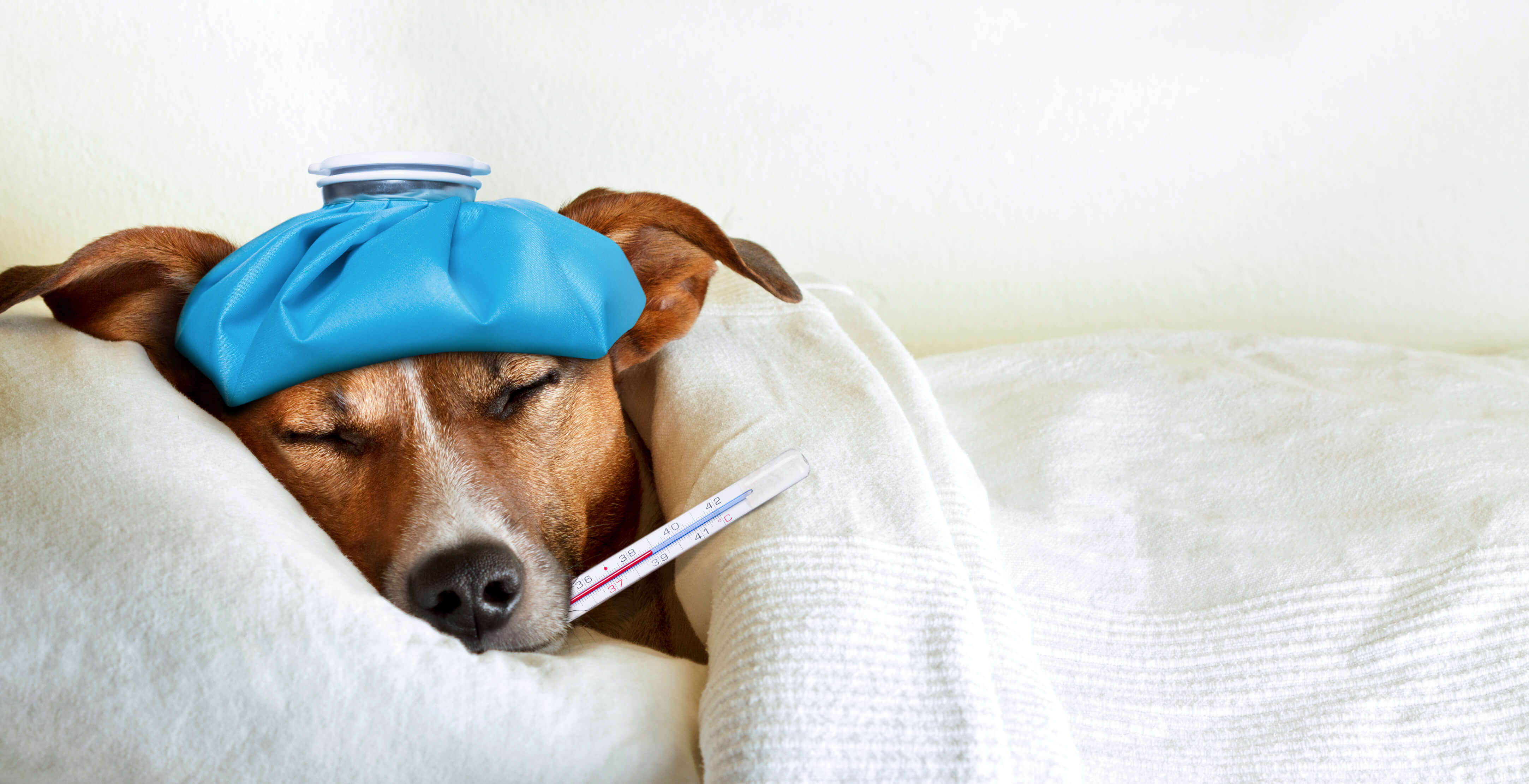 If your dog’s situation calls for it, your veterinarian may recommend certain pain medications.

Novox (typically prescribed by a veterinarian to treat inflammation, arthritis-related pain, and post-operative pain), Tramadol, or Gabapentin (usually recommended by a veterinarian for older dogs that are dealing with neuropathic pain, chronic pain, or seizures) are three common medications used in pain management for dogs.

While giving your dog these medications may help with pain, it’s also important to be mindful of the potential side effects of any drug your pet is ever prescribed. As a good rule of thumb, it’s always best to visit the official website of the drug that your veterinarian prescribes to get more information about how the medication may affect your pet.

Some reported side effects of traditional pain medications for dogs include:

What Can I Give My Dog For Pain: Holistic Options

If you are looking for a holistic approach that can help with your dog’s discomfort but that won’t have the same side effects as an over the counter drug intended for human consumption, there are plenty of options to choose from.

Some of the most popular holistic options include feverfew and turmeric.

These days, it’s easier than ever to purchase supplements containing one or more of these herbs. Turmeric in particular can be found in a number of forms suitable for pets, which is a good thing for pet owners, considering increasing evidence that suggests that the effects of turmeric are comparable to those of cortisone–without the potential adverse reactions.

Additional herbal supplements that pet owners may want to explore include:

You can view even more natural anti-inflammatory options here.

In addition to supplements, you may also consider measures such as acupuncture, physical therapy, massage therapy, hydrotherapy, and aromatherapy to further assist in easing your dog’s discomfort.

No loving pet parent ever wants to see their four-legged friend in pain.

As tempting as it may be, however, to forage through your medicine cabinet for a quick fix, traditional over the counter medications developed specifically for humans isn’t ideal when it comes to pain management in dogs, as the potential side effects can ultimately do more harm than good. The same can be said for many of the stronger pain medications traditionally prescribed by animal hospitals.

Fortunately, there are more holistic options on the market today than ever, many of which are ideal for easing pain, discomfort, and arthritis-related issues such as joint stiffness. Integrating these options into your dog’s healthcare regimen in conjunction with the care plan developed by your holistic veterinarian is a sure way to promote your dog’s health and happiness and put them well on their way to recovery.

What painkillers are safe for dogs?

Popular holistic options include supplements containing herbs like feverfew and turmeric. These supplements don’t typically cause the type of adverse reactions in dogs that over-the-counter, human medications do and can still be incredibly effective in helping with a dog’s discomfort and promoting a healthy inflammatory response.

Can I give my dog Ibuprofen for pain?

Pet owners should never give their dog ibuprofen for pain management, as it can cause many serious health problems, including stomach ulceration, kidney failure, seizures, and coma.

Can you give a dog Aspirin?

If advised by a veterinarian to use aspirin, dog owners should only give their dog coated aspirin, which is easier on a dog’s stomach. Aspirin should never be given long-term for any issue, however, as it poses a high risk of internal bleeding and kidney damage.

Can you give dogs Tylenol?

In high doses, Tylenol has the potential of causing irreversible damage to the liver, kidneys, and tissues throughout a dog’s body. It should never be given to dogs to ease pain.

What can I give my dog for temporary pain relief?

Increasing evidence suggests that the effects of turmeric are comparable to those of cortisone–without the potential adverse reactions. Turmeric can be found in a number of forms suitable for pets, including capsules and treats, making it an ideal choice for helping with discomfort in dogs and promoting a healthy inflammatory response.

How to Keep Your Dog’s Joints Healthy

How to Handle Dog Diarrhea: The #1 Guide for Diarrhea in Dogs

Find talented Veterinarians in your area. Powered by One Vet

2021 Veterinarians.org | All rights reserved. | Sitemap | Powered by One Vet